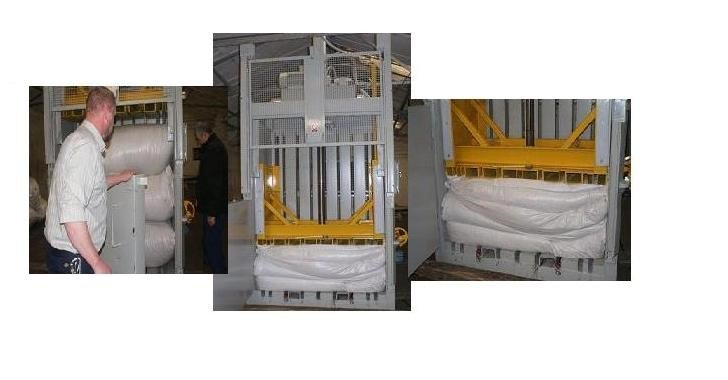 KK Balers were asked to visit Cherry Valley Farm in Lincolnshire to investigate problems they were experiencing dealing with huge volumes of feathers which were being produced within the poultry factory.

They had been using an old waste baler in an attempt to reduce their volumes which in turn created problems with storage and handling onto vehicles for disposal.  Consequently more than £1000.00 per month was being spent on removal of the bales.

Following the visit of our Sales Director, a trial was proposed utilizing one of KK’s 500 Mill-Sized Balers, modified in order to deal with this difficult waste by-product more efficiently.

Four weeks later following a succesful trial, the bespoke KK500 was purchased.  They are now producing up to 75 bales of feathers per week, each bale being an average of 450kg giving them an overall saving of at least £1500.00 per month.