Recycling and the Benefits to our Planet

You are here:
Articles 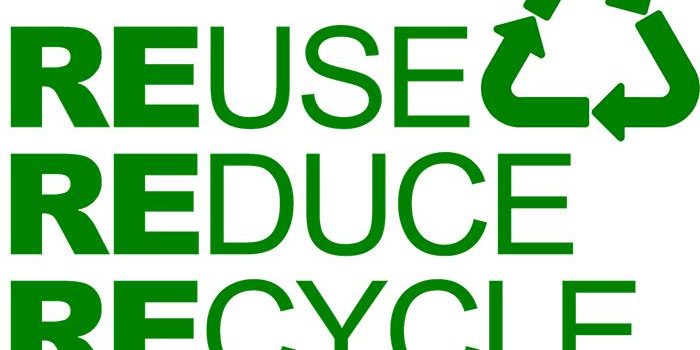 Why is recycling important?

Recycling has occurred in some shape or form throughout history, although early recycling was entirely based on old products being re-used, particularly metals such as iron and bronze. Broken tools and weapons would be melted down to produce new ones. Even Stone Age man knew to re-work broken flint into smaller, usable implements. However, our planet was not affected as dramatically as it has been since the beginning of the Industrial Revolution.

Today recycling is not just about re-using old and damaged goods to save natural resources, it is about saving our planet from the destruction caused by air, water, and land pollution. All these factors together affect climate change. The polluting of earth’s atmosphere, land, and oceans is causing severe damage to our planet’s ecological system. Without recycling, our planet will not in the future have the capacity to sustain and support humankind and other life forms that inhabit and share the earth we live in.

Air pollution is reduced by recycling. Currently coal-fired power and cement plants contaminate the air with mercury. Today, fossil fuels release more greenhouse gases into the atmosphere than all the volcanoes on earth in the last 10,000 years.

Plastic is one of the most difficult non-biodegradable products produced in millions of tonnes every year. Most plastic is made from crude oil and resists any decomposition. Many plastics emit poisonous gasses, which when burned, once again pollute the atmosphere.

Water pollution is created in several ways. Toxic gases emitted into the atmosphere are returned to earth via rainwater. Fungicides and pesticides from farming, and chemicals from chemical companies cause ground water to become contaminated. The contaminated water enter rivers and streams threatening plant life, fish, and animals.

It’s not only sea creatures that suffer from waste pollution, thousands of animals living on land are killed and suffer injury every year.

Plastic waste is still probably one of the most harmful as animals and birds will often mistake it for food especially if remnants are on it, this can cause smaller animals and birds to choke. Strips of plastic have been found wrapped around animals and birds causing damage to their limbs, preventing movement and flight rendering them helpless and falling prey to larger creatures.

Metal cans are another hazard to animals as they forage for food. Often the head of an animal will get stuck in a tin either causing injury or death. More care and better controls concerning the dumping of waste would help to reduce the numbers of animals killed and injured each year in this way.

On a much bigger scale, all the oceans across the world are being affected. The amount of plastic waste in the earth’s oceans will outweigh fish in 30 years unless drastic action is taken, as stated in a new report at the World Economic Forum in Switzerland, issued by Greenpeace UK. The report also stated that 95% of plastic packaging, worth $120 million a year, is lost to the economy after a single use.

Land pollution occurs in similar ways to water contamination by the incorrect disposal of construction and demolition waste, hazardous waste, plastics, textiles and glass. It is estimated that nearly 200 million tonnes of waste is being generated every year. Most non-biodegradable waste ends up in landfill sites where the surrounding area has already been contaminated by hazardous waste dumping prior to the proper policing regime of landfill sites now in place. All this contamination of the soil is again washed into the groundwater via rainfall, and leaks into reservoirs posing a threat to public health.

Methods of shopping have changed as more and more fresh produce is replaced by pre-packaged and frozen foods. This has generated a huge increase in waste packaging over the last 50 years, which has been driven by the demands of the modern world in which we now live. Most by-products of a manufacturing process as well as all packaging materials can be recycled today. Even old oil can be refined for heating and lubrication, 5000 litres of old oil can produce 3500 litres of re-usable oil.

One would expect paper to be one of the most recycled products – yet only 25% is recycled. The destruction of forests due to the demand for paper continues. This deforestation causes substantial damage, by reducing oxygen levels and removing carbon dioxide from the earth’s atmosphere. New paper is also bleached to produce white sheets. Before controls were introduced, the bleaching process in mills used to cause catastrophic water pollution.

The production of recycled paper accounts for only half the water and energy utilised in the making of unrecycled paper. Recycled paper can also be shredded and utilised for animal bedding. In recent times, briquetting of paper has been a popular source of paper logs for use as fuel. When treated it has also been formed to use as an insulation material.

Recycling aluminium cans – approximately 80% of cans are made of aluminium. Billions of these cans are produced every year, but only about half are currently being recycled.

Aluminium is expensive. It is mined at the surface and produced from bauxite ore. Not only is a huge amount of electricity needed in the extraction process, but a significant amount of natural vegetation is removed when mining. As with many other recyclable materials, aluminium cans need to be collected in volume to justify the cost of recycling. This is where recycling banks prove their value.

Millions of tonnes of glass goes to landfill every year – every tonne of glass recycled saves 135 litres of fuel and 12-tonnes of raw materials. Around only 40% of glass is being recycled in the UK at present, even with the introduction of household glass collections. Powdered glass can be added to many products to extend life and durability, such as in road surfacing.

Rubber from tyres is recycled and used in the car industry – in car interiors and externally to form bumpers.

The recycling of food waste is one of the new areas the government is seeking to promote by turning food waste into compost. Nearly 5 million tonnes of food waste is thrown out annually by households and restaurants, which ends up in landfill sites.

Recycling of waste is probably the most important factor to impact our environment over the last 50 years.

Our future and the future of our children will be dependent on the continuation of recycling programmes that are already in existence being maintained, and new guidelines being introduced. We need to go beyond that. We need to increase recycling of recyclable materials in order to ensure our planet’s future and all its life forms. Otherwise we will continue to not only suffer from past human irresponsibility but, continued irresponsibility in the disposal of materials that we know are contaminating our atmosphere, the air we breathe, our water supplies and our land.

Recycling is now present in all developed countries, from homes to businesses, and targets are in place to make sure the future for our children and many generations to come will be safe. There are many ways in which we can all help this cause – separating waste disposal, buying recyclable and recycled products when possible, using our own shopping bags, finding out what charities are collecting, buying in bulk to reduce packaging, and so forth.

Recycling means we do not have to depend on raw (natural) reserves. Recycling saves energy. Recycling is when used materials are converted into new products to prevent the waste of potentially useful materials.

What we have learnt as adults from past mistakes, mistakes which may have caused the potential destruction of our planet, must now be taught to our children. The next generation needs to be aware

of these mistakes, so that it can continue to develop new methods to produce what we need without having a detrimental effect on the future of our planet and all that live here.